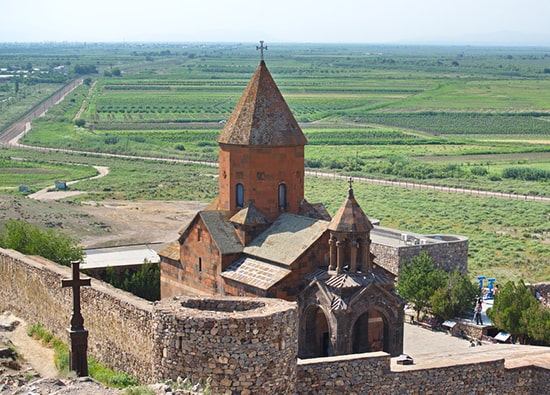 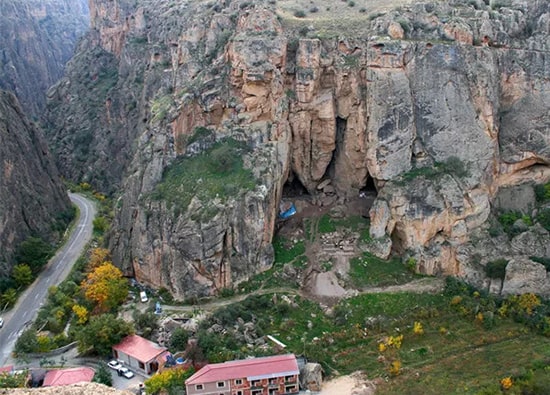 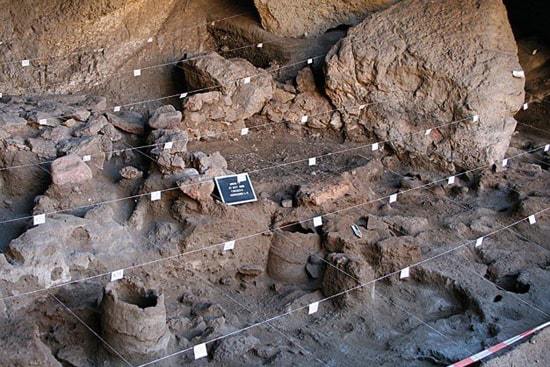 Areni is a village in Vayots Dzor region in Armenia. It is located in the valley of the Arpa River on its left bank. Areni is a village with rich history, at one time being the capital of Syunik. Currently, the village and its surroundings are known for their wines.

At the beginning of the 21st century, the settlement was in the focus of attention of the world mass media: during the inspection of the surrounding rocks, archaeologist B. Gasparyan discovered a cave with mummified remains of people of the Eneolithic period (4-3 centuries BC). The uniqueness of the finding was that the internal organs of the deceased preserved almost intact, and scientists managed to withdraw blood and tissue samples for genetic examinations.

In September 2008, in the village of Areni was discovered the most ancient footwear in the world at the age of more than 5,500 years. The footwear was found with goat’s horns in neatly handled pit with a depth of 45 cm and a diameter of 44-48 cm. It was perfectly preserved due to a special microclimate and the fact, that it was under a thick layer of sheep excrements, acting as a solid protective shell. The footwear matched the 37th size and was filled with straw and grass. It was worn on the right foot and made with one piece of leather. Laces and holes under them with a diameter of 2-3 mm were also preserved.

In the cave of Areni was found the world’s most ancient winery, which produced wine more than six thousand years ago. Among detected items was juice press, fermentation vessels, drinking cups, the remnants of the vines and seeds. Scientists believe that the grapes from which the wine was made in Armenia 6 thousand years ago, was the ancestor of the famous variety of Pinot Noir. Now in France they produce expensive wines from the grapes of that sort.

Areni village is famous for its wines up to now. There is an annual wine festival every year in October. 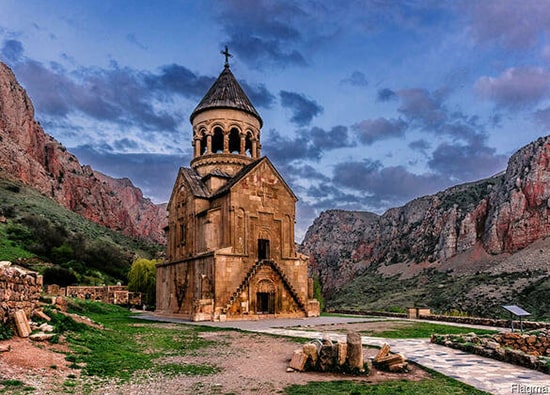 Noravank is a monastic complex built in the XIII-XIV centuries, 120 km from Yerevan, on the ledge of a narrow winding gorge of the Arpa River’s tributary near Areni village. The Gorge is famous for its steep red rocks towering behind the monastery.

The first building on the territory of the monastery complex is St. Karapet’s church (St. John the Baptist), founded in 1221.

In 1275, Surb Grigor’s chapel (St. Gregory) was added to the side of the church, and in 1339 the ensemble was completed with the construction of the church of Surb Astvatsatsin (Holy Mother of God), the last creation of the famous architect and sculptor Momik.

Momik fell in love with the prince's daughter. The girl also fell in love with him. Then the prince called the master to him and promised that if he built a beautiful monastery, he would allow Momik to marry his daughter. So, the master started the construction and finished all even before the agreed deadline. The prince found out about it and sent his servant to the monastery. And then the servant threw the master from the dome of the monastery and killed him. And the last stone he worked on was his tombstone.