The length of the program 10-11 hours, excluding lunch stop (optionals, not included in the price) 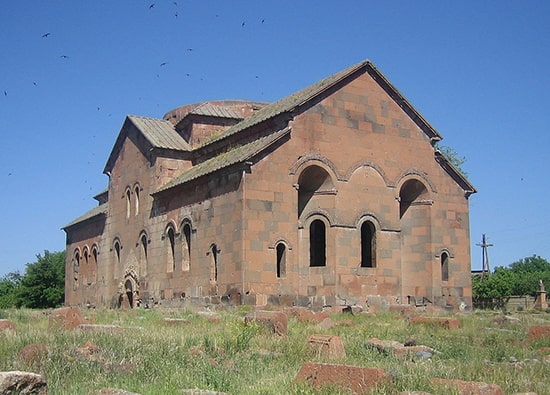 Aruchavank or the Cathedral of Aruch is situated on a rocky plateau at the western foot of Mount Aragats in the village of Aruch in the Aragatsotn Province of Armenia. According to wall inscriptions on the east wall and manuscripts written by historians Ghevond, Hovhannes Draskhanakerttsi, and Stepanos Asoghik, the church and adjoining building for residence (the palace) were commissioned by Prince Grigor Mamikonian and his wife Heghine/Heline between 661-682 AD. Architecturally it is one of the most important Armenian churches of the Middle Ages and also one of the largest.

Aruch became a citadel in the later Middle Ages. The ruins of the palace were excavated in 1947 and between 1950 and 1952. The remains of two structures of the palace complex of Prince Grigor Mamikonian were found on the south side of the church of St. Grigor.

The church was restored during 1946-1948, except for the drum and cupola. The church had been extensively damaged by earthquakes and possibly by its use as a fortress in the 16th and 17th centuries.

Aruchavank is a domed hall single-nave basilica type structure. Its drum and drum have since collapsed prior to restoration efforts.

The Cathedral of Talin 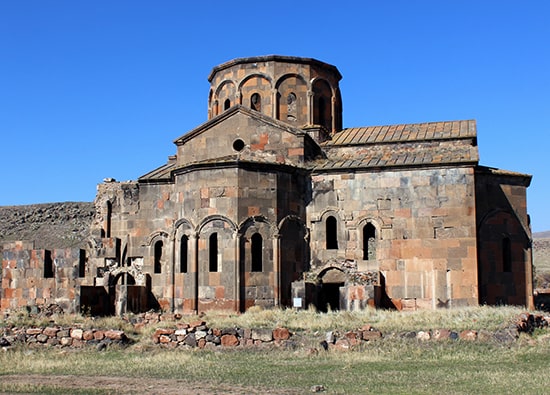 The Cathedral of Talin located in the cemetery of Talin and dominates the surrounding landscape. It is assumed to have been constructed during the late 7th century based on the architectural style. The building is currently in ruin.

The church of S. Astvatsatsin is situated adjacent to the entrance of the cemetery and monastic complex at Talin and near the main cathedral. It is a small cruciform central-planned building with a Byzantine-style single red tile, octagonal umbrella domed roof that is centered over the church.

There is a single entrance to the building from the western façade, with an inscription written upon the half-rounded tympanum above. The inscription attests to a construction date in the 7th century.

Gyumri is the second largest city in Armenia and the administrative centre of Shirak Province.

The area of modern-day Gyumri was known as Armenian Kumayri during the period of the Kingdom of Urartu. Kumayri was a significant and quite-developed urban settlement during the Middle Ages.

Gyumri is home to many prominent museums of Armenia, including the Dzitoghtsyan Museum of Social Life and National Architecture of Gyumri is an old mansion, housing collections related to both history and the everyday-life of Gyumri, as well as paintings and other works of art.

Gyumri is known for its 19th-century architecture and urban constructions. Kumayri historic district: is the old part of Gyumri with its unique architecture. It has more than a thousand buildings dating back to the 18th and 19th centuries. The district is one of few places in the Republic of Armenia, and the world, with authentic urban Armenian architecture. Almost all the structures of the Kumayri district have survived the two major earthquakes in 1926 and 1988 respectively. 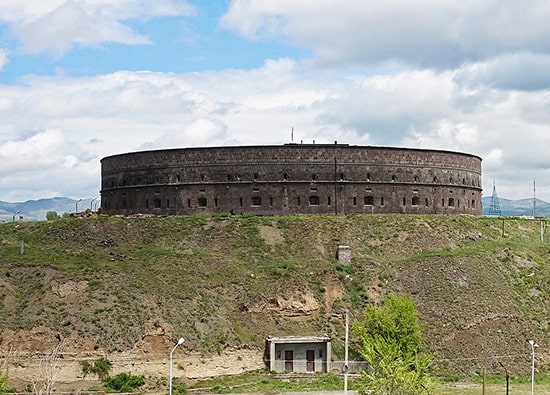 Sev Berd or Black Fortress is an abandoned Russian imperial fortress in Gyumri. It was erected in response to the Russo-Turkish War of 1828–1829. Currently, it is a national cultural heritage monument of Armenia, used as an art and cultural centre.

The fortress was built on top of a hill, and the full fortification took a decade after the first stones were laid in 1834. The fortress is a 360-degree round structure made of black stone, from which it gets its name.

Archeological efforts are ongoing at the site. 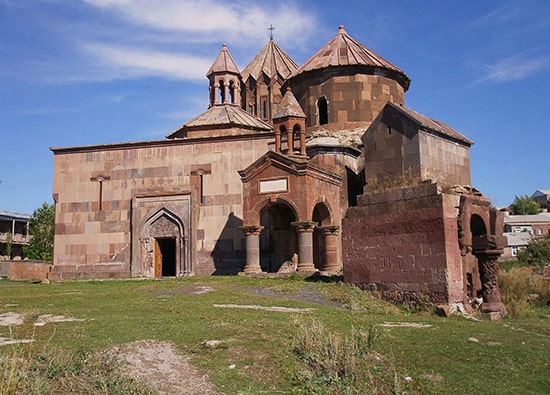 The Harichavank is 7th century Armenian monastery located near the village of Harich in the Shirak Province of Armenia.

Harichavank known as one of the most famous monastic centers in Armenia and it was especially renowned for its school and scriptorium. Archaeological excavations of 1966 indicate that Harich was in existence during the 2nd century BC, and was one of the more well known fortress towns in Armenia.

The oldest part of this Armenian monastery is the Church of St. Gregory the Enlightener. The founding date of the monastery is unknown, but probably it was built no later than the 7th century, when St. Gregory was erected.

The Cathedral of the Holy Mother of God that dominates the monastic complex was built by the orders of Zakare Zakarian and Prince who ruled Eastern Armenia in the 13th century together with his brother Ivane Zakarian.

The eastern facade of the Cathedral features a relief carving depicting the Zakarian brothers holding a model of the Cathedral in their hands. This relief was covered in 1895 with a marble plaque featuring Madonna; when the plaque was removed, the original carving showed beneath.