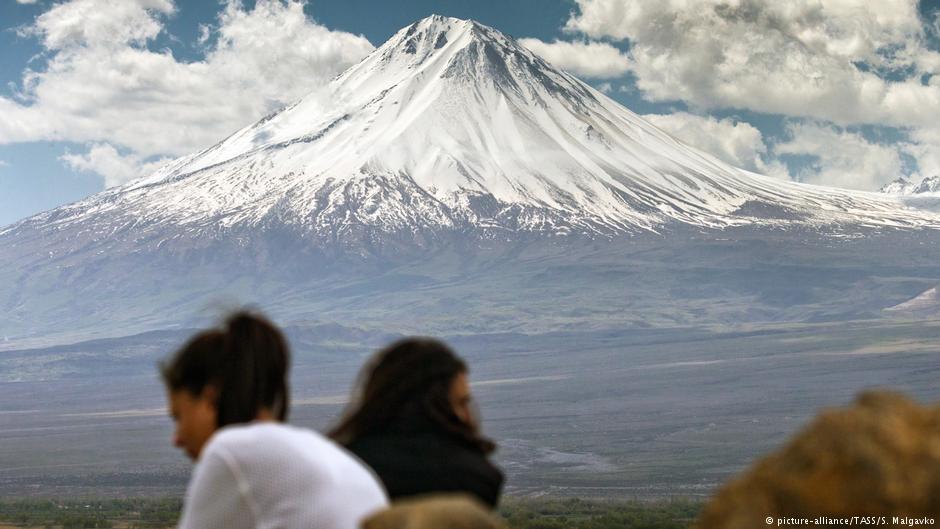 Armenia is on its way to being one of next year’s most talked-about destinations, and there’s more to the tiny Caucasus nation than what makes the nightly news (or Kim Kardashian’s semi-regular visits). Ryanair will begin flying to Armenia in 2020, marking the first time a low-cost airline has serviced the country and ringing in a new era for travel there. The routes will debut with Rome to Yerevan and Milan to Yerevan in January, followed by Memmingen to Gyumri and Berlin to Yerevan the following summer. One-way tickets start at $33, making Armenia a budget-friendly—and blissfully offbeat—add-on to your next trip to Europe.

First-time visitors should linger in Yerevan, Armenia’s “pink city” of grand Soviet buildings hewn from salmon-tinged stone. After checking in to your hotel (we’re suckers for the cushy furniture and high-thread-count linens at The Alexander, a Luxury Collection Hotel, opened in 2018), hit the main sights, such as Republic Square, the Cascade (a collossal Soviet modernist stairway), and the Tsitsernakaberd Memorial Complex, dedicated to the Armenian Genocide of 1915. Then snag a table at any outdoor café on Amiryan Street or Mashtots Avenue, where people-watching—a favorite local pastime—perks up after sunset.

Beyond the capital, much of Armenia’s tourism revolves around the churches that dot the countryside. (Insider tip: Monastery fatigue is a thing, so don’t overbook yourself.) Khor Virap, Noravank, Geghard, and the Ancient Roman temple of Garni are so history-packed and picturesque they’ll leave even the staunchest nonbeliever breathless. But Armenia’s foremost architectural jewel is Etchmiadzin, the oldest cathedral in the world, consecrated in 303 A.D. and the Armenian equivalent of the Vatican.

The country’s natural wonders are perhaps even more arresting than its man-made ones. Lake Sevan, which engulfs 16 percent of the country, is a magnificent sight against the rugged foothills of the Caucasus Mountains and makes for refreshing dips during the scorching summer months. Off its northern tip is Dilijan National Park, a lush wooded reserve home to lynx, bears, and wolves, where a 50-mile section of the Transcaucasian Trail was bushwhacked into existence last spring to the glee of adventurous hikers.