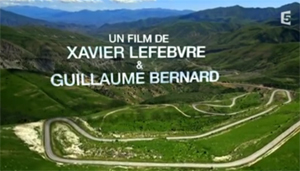 The French France 5 television has aired a documentary film on Armenia, and presented the country’s wonderful sights and history, and famous Armenians. The film by director Xavier Lefebvre and creator Guillaume Bernard will be rebroadcast on Saturday.

“Armenia, a small country located in the Caucasus, is best known for the vicissitudes of its recent history. Nonetheless, this small country with a big heart deserves attention and one should take the time to discover it.

“Genocide and a ravaging earthquake have not been enough to destroy the soul of this ancient people, which sometimes dominated and sometimes suffered domination. “This documentary explores the wonders of Armenia,” France 5 noted, in particular.