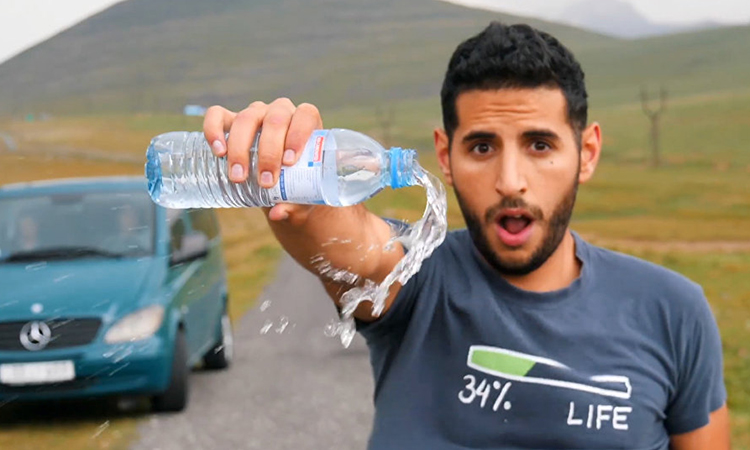 Famous vlogger Nuseir Yassin, better known by his nickname Nas Daily, who is currently exploring Armenia’s traditions, culture and the daily life, has revealed that a road near Mount Aragats is one of the craziest places he has been to.

Nuseir’s one-minute Facebook videos showing life from all the corners of the world now garner millions of views.

The video is titled “Where gravity doesn’t work” and shows a group of young people, including Nuseir arriving in an area on Mount Aragats in Armenia, where, due to some weird optical illusion, a hill seems to be going up when it's actually going down.

"So you're doing everything the opposite way. Going down is hard, going up is easy. Cars go up on Neutral, water goes uphill, and so does a ball,” Nuseir captioned the video on social media.

“It's a real magical experience. The world is a fun place, and in these places, it's even more fun!”

In his previous one-minute videos about Armenia, the vlogger weighed in on the free water, chess education and the oldest roller skater in the country.