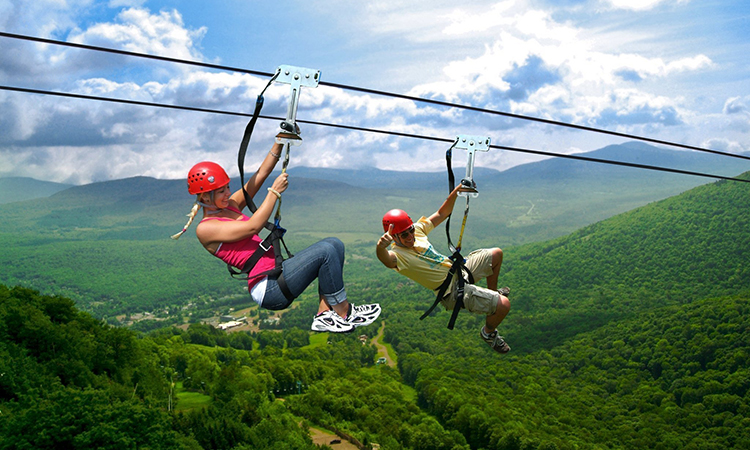 The village of Yenokavan in Armenia's Tavush province will be connected with Yell Extreme Park through a new 2400-meter-long zipline, co-founder of the project Tigran Chibukhchyan told reporters on Sunday, July 22.

A zipline is designed to enable a user propelled by gravity to travel from the top to the bottom of the inclined cable by holding on to, or attaching to the freely moving pulley.

According to him, technical and engineering problems arose in their plans to build the world's longest zipline.

As reported earlier, the team were looking to build the world's longest zipline in Armenia.

Those behind the initiative encountered problems with calculations due to incomplete topographic data.

“All the funds that we collected through the crowdfunding platform Indiegogo were spent on engineering and architectural work and topography,” Chibukhchyan said.

“While we were trying to find solutions for new issues, the longest zipline (2720 meters) opened in Dubai, followed by another one in South Korea.”

With a length of about 2400 meters, the new project will place Armenia in the list of 10 countries with the longest zipline in the world.

Chibukhchyan added that those who bought tickets on the crowdfunding platform will be able to use all the services of the park, depending on the amount of donations they made and without time limits.