Ambassador: Armenia and Argentina have great potential for tourism development 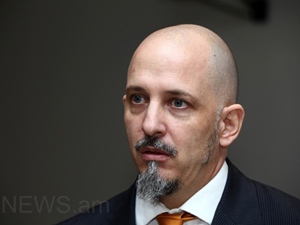 Visa free regime between Armenia and Argentina is indicative of deep mutual understanding and trust, and the potential of tourism development between the countries is as big as the friendship linking them, Argentina’s Ambassador to Armenia Gonzalo Urriolabeitia told Armenian News – NEWS.am at a seminar on Argentinean tourism, held in DoubleTree By Hilton Hotel in capital city Yerevan today.

According to him, Yerevan and Buenos Aires have been friends for already many years, exactly since the period when many Armenian made their minds to emigrate to Argentina in the 1915s. “Argentina embraced them with open arms. More than 100 years have passed since then, but the friendship between our countries has only been getting stronger. That friendship has resulted in the current visa free regime. Armenians wishing to visit our country need only have a passport and a ticket,” the diplomat said.

Referring to the question on whether the visa free regime has resulted in the growth of tourist flows, the Ambassador said he didn’t dispose of statistical data, but the growth of mutual interest is apparent: “We don’t possess statistics, but our Embassy has fixed an increase in the frequency of reciprocal visits. Among other things, this is also due to different events, such as the Pan-Armenian Games, for instance. [Besides,] Hundreds of doctors and health professionals have recently taken part in the international medical congress. Currently our Ministry of Tourism is taking measures to hold different events which will further stimulate the growth of touristic exchange.”

Urriolabeitia also stressed that besides the cooperation in the field of tourism, Yerevan and Buenos Aires are developing ties in the area of agriculture, whereby trying to support the farmers and villagers.

“In other words, the interests of our countries aren’t focused on one point. We are cooperating in many areas simultaneously. By the way, we are getting ready for the opening of a cultural center in the Embassy and holding a week of Argentinean cinema in [Yerevan’s] Moscow cinema,” the Ambassador said.