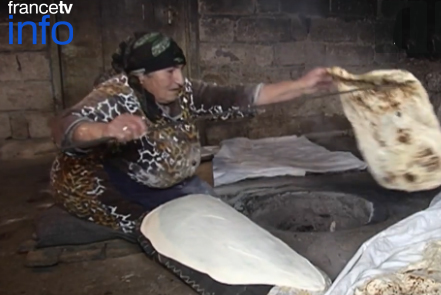 During the newscast on Wednesday, France 2 state-run television of France aired a report on the peculiarities of cuisine in Armenia, the French-Armenian Nouvelles d’Arménie magazine reported.

The French TV crew visited the Mkrtchyan family, who lives on the shores of Armenia’s Lake Sevan, and is preparing for the New Year.

The correspondents informed that everyone in the family has a particular role. The report also stated that the ideal meal table in Armenia is the one where there is no more room.