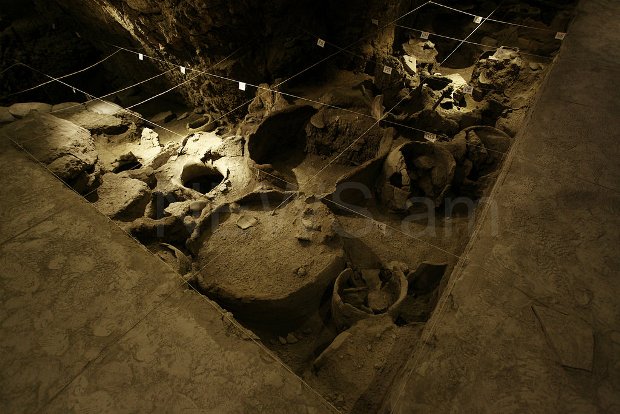 Areni cave is the God’s gift to the Armenian archaeologist, Boris Gasparyan, the leader of the expedition to Areni-1 cave, which found the most ancient shoe in the world, tells Armenian.

He also adds: “Organic substance is well preserved here due to the special microclimate. Settlements of this period can be found in the surroundings. We know them, but organic remnants have not been preserved there. But they have been preserved very well here. If you look at the show, you’ll think it was made only yesterday. And this gives us direct perception on the household of this people, their economic structure and landscape mentality. This is an invaluable archaeological source.”

There are several karst caves in the gorge on the left bank of Arpa river, where Norvank monastery is located. Areni-1 or the Bird cave is the first in that row. When you drive to the bridge from the highway, the first thing you see is a restaurant. The cave itself is hidden in the cliffs behind the restaurant.

There are larges stones at the entrance to the cave, which makes it hard to guess that there are whole apartments inside. They say, the former owner of the restaurant died, when he decided to expand his business at the expense of one of the cave halls. The local residents ascribe this to the cave spirits.

According to Gasparyan, the cave has always been a mysterious place for people - a door to another world. Little Mher from the Armenian epic poem Sasna Tsrer (Daredevils of Sassoun) locked himself in this cave. Besides, they say dying and resurrecting gods used to hide there.

“The excavations started in 2017, the very first sophisticated excavations being a success: part of the winery was opened and we realized how lucky we were,” Boris Gasparyan says.

The excavations turned into systematic explorations and continued until 2014. Now a temporary break has been taken, the scientists working on the material found in the cave. 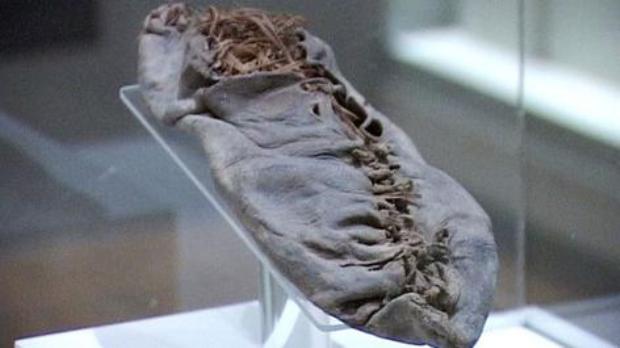 In the archaeologist’s words, when the jars were opened, grapevine shoots and cane sticks were found inside them. Of course, the scientists couldn’t but recall Xenophon, according to whose description people in Armenia drank wine from big vessels, using cane sticks. This suggested to the archaeologists that the place was used as a winery. The further excavations revealed remnants of squeezed grape – seeds and skin. The chemical analysis of the remnants taken from jars showed that they contained alcohol substances. This winery was 6000 years old, dating from the end of the 4th millennia B.C., the scientist noted.

The further exploration showed that the cave served as a place for an ancient ritual, wine making being part of it. This was suggested by the human remnants found there; the human finger found in the big vessel for keeping wine is indicative of the complex sacrifice ceremony. Thus, it can be confirmed that the people, who lived in the surroundings, were good farmers and winegrowers.

In the Bronze and Stone Ages, Areni-1 cave was considered as a sanctuary almost till 3400 B.C. It was then used with different intensiveness, serving as a hiding place for Norvanank Monastery in the Middle Ages.

We leave the cave, and Boris Gasparyan shows the place where the ancient shoe (3627-3377 B.C.) was found. The latter is now displayed in the History Museum of Armenia.

The residential section was located here. The guardians of the sanctuary, who possessed various crafts, presumably lived here. “That is, we are dealing with an ancient eastern temple-household, whose household section once ensured the underworld with everything necessary,” Gasparyan says.

«If the scriptures are rightly understood it was in Armenia that paradise was placed. But whatever may have been their destiny and it has been bitter whatever it may be in future, their country must ever be one of the most interesting on the globe».