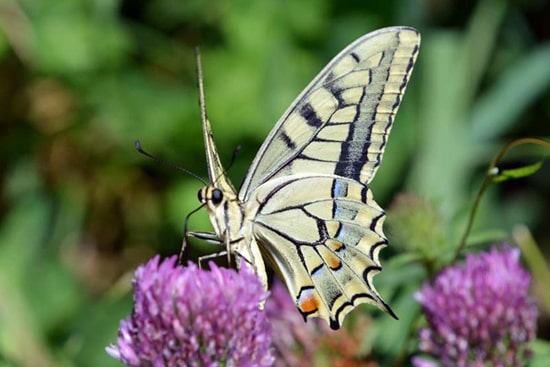 You may choose any travel date, convenient for you. The tour runs from May to October.

That is why the International Society for the Development of Nature has ranked the Caucasus among the 25 most abundant ecological species, and at the same time endangered "hot spots of biological diversity" of the globe. The World Wide Fund for Nature has listed the Caucasus in the Global 200 list (two hundred of the most important global regions of the world with the greatest species diversity).

This is the reason for the uniqueness of the world of invertebrates in Armenia, which includes approximately 17,000 species found. Of these, more than 316 are endemics, and about 300 are considered rare and endangered. Only diurnal butterflies here have at least 235 species.

Actually, nowhere in the world insects are thoroughly studied. Nevertheless, people tried to use invertebrates to solve some problems. With their help we successfully fought weeds in Australia when the prickly cactus opuntia accidentally delivered here instantly spread over an area of ​​about 4 ml. hectares and continued to grow further. Then the entomologists suggested launching cacti moth on the territory, the caterpillars of which drill the stems of this plant. In Australia, it was not found. Soon it was all over, as the scientists calculated. The caterpillars of this butterfly did what people could not do with the help of flame throwers and toxic chemicals, and on which huge money was spent. A similar case was in the United States, when with the help of a beetle larva it was possible to clear pastures of foreign poisonous St. John's wort, which filled millions of hectares of land. There are many similar examples. Like others, when with the help of entomologists, water bodies and lakes were cleaned of pollution, the productivity of the plant world increased.

Insects are nurses of the biosphere. Their presence is extremely important on the planet. The ancient Egyptians, who declared the scarab beetle sacred, knew that the scarab life - cleans the surface of the earth opening it to Light and Heat.

And yet, we know little about insects. We do not know how and why the May-bug flies, although according to the laws of modern aerodynamics it should not fly at all. We do not know how the larvae of the fly assimilate oil, extracting nutrients from it, how the bees orient themselves in flight guided by differently polarized light from different parts of the sky ... and much more.

The world of insects in Armenia is also not fully studied, due to the low number of populations and environmental changes in biological habitats. This, in turn, puts them at risk of extinction. Most of the invertebrates are listed in the Red Book and are rare or disappearing.

Tour operator in Armenia "ExploreArmenia.am" offers you a specially designed entomological tour of invertebrates in Armenia. Discover the magical world of butterflies and dragonflies, beetles, grasshoppers and mollusks. And if you are lucky, you can find a species still unknown to science, and it may be called by your name.

Meeting at the airport

Transfer and check in to the hotel

The tour will begin with a walking tour of the city. The architecture of Yerevan is original. Today Yerevan is a city in which there are various architectural styles with green alleys, numerous fountains. You will get acquainted with the sights of Yerevan: the Grand Cascade (open-air museum), the Square of France, the Opera and Ballet Theater, North Avenue, the Square of the Republic.

Observation in Goravan reserve of endemic and rare species of insects.

Continuation of the entomological expedition in the vicinity of Surenavan.

Dinner and overnight in Surenavane.

Observation of rare invertebrates around the Urtskiy ridge, descent to Arpi

The second half of the day is an entomological campaign in the outskirts of the village of Gnishik.

Dinner and overnight in Yeghegnadzor.

Observation of species near the Spandaryan reservoir.

Continued observation along the Shamb reservoir.

Dinner and overnight in Sisian

Continued observation in the vicinity of Kapan.

Dinner and overnight in Kapan.

Continuation of the expedition in the vicinity of Kajaran.

Dinner and overnight in Kajaran.

Monitoring rare and endemic species of fauna. Of the 24 species of diurnal butterflies included in the Red Book of the Republic of Armenia, 11 species are represented in the environs of the Megri Ridge: Parnassius mnemosyne, Parnassius apollo, Papilio alexanor, Colias aurorina, Proterebia afra, Maculinea arion, Maculinea alcon, Plebejus christophi; Agrodiaetus neglectus. There are 7 species that are not found anywhere else in Armenia.

Continued observation in the vicinity of Meghri and the village of Agarak.

Dinner and overnight in Megri.

Continuation of the study of the rich entomofauna of the Shikakhog Reserve.

Dinner and overnight in Kapan.

The continuation of the observation.

Dinner and overnight in Jermuk.

Observation of the region's entomological diversity.

The continuation of the observation.

Dinner and overnight in Dilijan.

Monitoring the fauna on Lake Parz. Transfer to Ankavan gorge.

Continuation of the entomological campaign.

Dinner and overnight in Tsakhkadzor.

Continuation of the entomological excursion.

Dinner and overnight in Yerevan.

Observation of biological species in the vicinity of Byurakan.

Dinner and overnight in Yerevan.

Monitoring the species diversity of the invertebrates of the Garni Gorge

Continuation of the tour.

Dinner and overnight in Yerevan

Prices for an entomological tour to Armenia are calculated individually, on request

Explore Armenia tour operator in Armenia offers, in accordance with requests, the organization of entomological tours on segmental topics.

Airport-hotel-airport transfers
Accommodation in a 3* hotel
Breakfasts in the hotels, lunches & dinners at various Armenian restaurants
Entrance tickets to the historical and cultural centers
Accompanying guide service throughout the tour
Comfortable transport service
2 bottles of water per day per pax during sightseeing tours
Tourist support service over the phone

You may ask for your own option of hotels (3*, 4*, 5*). Guest houses, appartments and hostels are available.The tour prices will be recalculated.