CNN Travel: Armenia in the ranking of the fifteen most wine countries in the world 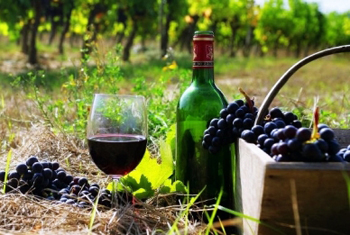 The Italians say that "a meal without wine is like a day without sunshine." Indeed, for many cultures, wine is an essential part of a meal and wine production has spread from the Mediterranean region to every continent. Appreciation of wine on its own is on the increase and has led to the establishment of wine routes ever since Germany inaugurated its own Weinstrasse in October 1935. Today, the choice of wine routes and tours from the essential (Bordeaux) and the scenic (Cape Town) to the historic (Armenia) or the unexpected (Brazil) is greater than ever.

According to the Bible, Armenia was the first wine-producing region in the world, since it was on the slopes of Mount Ararat that Noah planted the first vine after the flood. Archaeologists agree -- at least on the long tradition: a 6,100-year-old winery was discovered not long ago. The local Areni variety has been unchanged for centuries, being highly resistant against disease with a thick skin that helps shield it from cold extremes. The easiest wine-growing region to get to from the capital, Yerevan, is Vayots Dzor, where a microclimate ensures 300 sunny days a year.

Most organized tours zoom in on the Areni Noir, an incomparable red that put Armenia on the map when it was launched internationally in 2012.