«The Standard»: Allure of Armenia 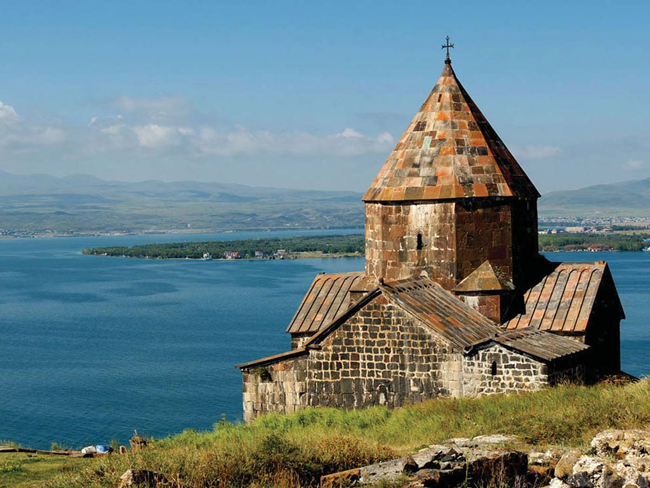 Nature has been generous to landlocked Armenia by bestowing it with stunning natural beauty which is relatively untouched. Locals say it is a land where God descended from Heaven.

Surrounded by Georgia in the north, Iran in the south, Azerbaijan in the east and Turkey in the west, Armenia is a mountainous country in the southern Caucuses. This is the region between Black and Caspian Seas, bordering Europe and Asia.

Armenia boasts history which is longer than other European countries even though it gained its independence from the Soviet Union only in 1991 after the Russians had colonised it in the 1920s. It has one of the earliest Christian civilisations with churches built in the Fourth Century.

Choked by a trade blockade by its neighbours Turkey and Azerbaijan due to historical political differences, Armenia is a relatively poor country with a high unemployment and poverty levels. It depends on development of its international tourist industry to beat abject poverty.

History hangs in the neck of the country and its capital Yerevan. The city’s claim to fame is its religious heritage because it is dotted with monasteries going back to centuries. The museum of Matenadaran houses over 1,500 religious manuscripts going back to ancient times revealing its past.

Today, Yerevan is a compact metropolis affectionately called the City of Cafes. It is gaining in popularity as a holiday destination and a springboard for travel into the rest of the country.

The lack of sea and ocean coasts, except for an inland lake, compensates with mountains and valleys. Mount Ararat, with its snow-dusted crown rising above the hazy clouds is a national symbol offering a tantalising sight from Yerevan city nestling under its shadow.

Yerevan has many attractions a city can offer but one has to venture further out to enjoy the thrill of an adventurous holiday. Top of the list is the Republic Square in the heart of the city. It is a nice place to wonder around. The large clock on the Government building at the entrance of the square grabs attention.

This 92-year-old Russian-built majestic square looks like something out of Walt Disney’s stories! The musical water fountains featuring computer-controlled displays amid the sounds of jazz, pop, classical, and rock music are a special attraction in the evening.

This is a beautiful place at night when the lights come on and crowds turn up to enjoy some unforgettable moments.

The square is close to the National Gallery and the History Museum which houses over 20,000 exhibits of Armenian, Russian and European paintings. The History Museum is home to more than 400,000 items of Armenian heritage. The buildings are largely made of Armenian rose tufa stones. Armenian architecture also gives an interesting insight into the country’s history.

Enjoy some tranquillity at The Cascade, an amazingly beautiful place with fountains and sculptures where you can sit and meditate amid the sounds of falling water. Described as a “giant stairway” connecting downtown Kentron with the Monument neighbourhood, the Cascade stands out on its own making it a symbol of Yerevan. It has an arts centre, cafes and restaurants.

You have to climb more than 570 steps to get to the top to enjoy breath-taking views of Yerevan city and Mount Ararat in the distance. There is also a lift to the top if you do not wish to use the stairs.

The Vernissage Market is a huge street market which captures the attention of many visitors.

Vendors have a rich display of traditional Armenian handcrafts, silver jewellery, carpets, souvenirs and paintings. I also saw stalls selling replica Russian military peaked caps and collectors’ items such as old cameras and antiquated ribbon typewriters! Haggling is strongly recommended as vendors can rip you off! Best time to visit is the weekends when there is a bigger selection of items on sale.

The nearby Blue Mosque is the only place of prayers for Yerevan’s Muslim community. The ornately-designed mosque, with its beautiful Persian architecture and art in several shades of blue tiles is an interesting attraction because of its colourful dome. The Iranian Government pays for its maintenance.

Classic music lovers should not miss the Opera Hall in the heart of the city. Enjoy an afternoon of high quality music and dancing.

Though Armenians are not known for binge drinking, the country produces famously high strength brandies and wines mainly for alcohol-loving Russians. Most production is concentrated in the Ararat Valley.

There are many brandy companies that offer guided tours of their distilleries. However, the Yerevan Brandy Company is more popular and visitors enjoy their famous Ararat brand vintage cognac with chocolates and cigars for free. It is a treat to see the huge barrels of brandy in storage. Interestingly, their building is also built using brandy coloured stones!

There are plenty of thrills outside Yerevan. Winter sports are very popular in Armenia and there are several places to enjoy skiing.

Head off to the mountain spa town of Jermuk in the Vyots Dzor Province, southern Armenia for a fascinating spectacle of fire and ice.

After walking for a few hours in the deep snow, you come across the amazing spectacle of a natural hot spring with abundant supply of mineral water. You will be tempted to spend a few hours soaking in the hot water!

The beautiful Tatev, Garni and Goris monasteries are among the many picturesque places worth visiting.

Armenia’s only inland Lake Sevan, with its beaches and scenic mountains is a powerful attraction. Described as the Pearl of Armenia, this is one of the largest mountain lakes in the world with rare beauty. Thousands of holidaymakers descend on this area every year.

Like the rest of Armenia, Yerevan is bound to increase in popularity among international holiday seekers in coming years.