Show "Conan", filmed in Armenia, went on the air 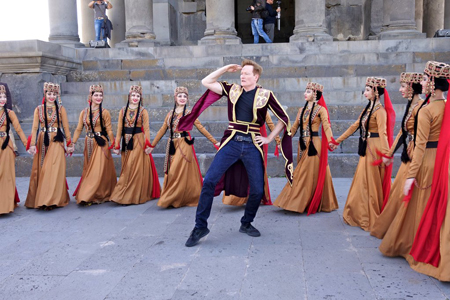 Earlier in the year, O’Brien became the first U.S. TV host to make a show in Cuba amid the island nation’s rapprochement with the United States. After the incredible success of the show, O’Brien headed East, to disclose Armenia to the U.S. public.

Headed by CEO Stanislav Solovkin, Soar Productions took the fixing and facilitating responsibilities for Conan. Over the several days of the production, Conan’s team shot a number of sketches, visiting famous attractions and remote areas across the country.

Soar Productions was proud to organize the first-ever shooting of an American TV show in Armenia and is grateful to Conan’s team of outstanding professionals and personally to Mr. O’Brien for this opportunity.

Soar Productions remains the only company to offer the full pack of top quality pre-production and production services throughout the post-Soviet space. Apart from Conan, the company has co-produced such programs as CBS’ Emmy award-winning The Amazing Race, BBC’s Top Gear, and many others.