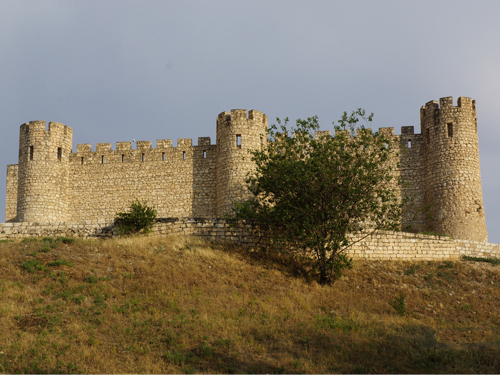 Centuries of Armenian heritage can be traced on this 7 days/6 nights unforgettable tour to Armenia and Karabakh (Artsakh).

Nagorno-Karabakh (Artsakh) is of great interest for tourists. This is a unique place, where the most things are untouched during centuries. It is the open air museum, where you can get in touch with antiquity and history.

During the tour to Armenia and Karabakh (Artsakh) you will get acquainted with a large number of monuments, deep and unique cultural traditions, and get a lot of new experiences. You will walk through Yerevan, visit Garni Temple, Geghard monastery, Sevan Lake, Tatev monastery and etc. You will have an opportunity to see the capital of Artsakh - Stepanakert, Shushi fortress, Dadivank monastery, Ancient Tigranakert city and much more.

The tour in Armenia will start with a sightseeing tour in Yerevan. We visit the Institute of Ancient Manuscripts named after St. Mesrop Mashtots. The most ancient manuscripts are dated back to the 5th century BC and are associated with Mesrop Mashtots, who invented the Armenian alphabet.

We shall then proceed to the Cascade. It is a 500-meter high staircase (522 steps) with fountains and flower beds, as well as an open air museum, which presents about 30 sculptures by famous masters. Inside the complex Cafesjian Center of Arts is located on 5 tiers.

The day starts with a trip to the pagan temple of Garni built in the I century by Armenian king Trdat I and dedicated to the god of sun Mihr. According to history, the temple was built on the money of the Roman Emperor Nero. Azat River Gorge is famous for its basaltic pillars - the result of a volcanic lava flow.

Next stop is Gegard monastery complex (IV century), which is included in the list of World Cultural Heritage by the UNESCO. Its full name is Gegardavank, literally it is translated as "Monastery of the spear." The name of the monastery complex comes from Christ Spear (Spear of Longinus), which the Roman soldier Longinus thrust in Jesus Christ. The spear is now kept in the museum of Echmiadzin Cathedral.

This day trip begins with a visit to the monastery of Khor Virap - one of the symbols of Armenia. The Monastery is a fortress located just 40 kilometers far from Yerevan, and less than a kilometer from the republic's border with Turkey. Khor Virap is a place of pilgrimage, which is associated with the legend of Gregory the Illuminator (Grigor the Illuminator). According to church tradition, Gregory was imprisoned on the order of King Trdat III for preaching Christianity, and spent there 13 years. Those interested can go down to the prison, which has a depth of 6 m and a diameter of 4.4 m. Right in front of you, very, very close and in all its beauty you will see the symbol of Armenia - Mount Ararat.

Next, we go to Noravank monastery complex, built in XIII-XIV centuries, which is located 1.5 kilometers east of the village of Areni. The complex is located on a narrow ledge winding gorge tributary of the Arpa River. The gorge is famous for its steep red cliffs, towering behind the monastery.

Then we will continue our jorney to the capital of Nagorno-Karabakh Republic (Artsakh) – Stepanakert.

Stepanakert is a capital of Nagorno-Karabakh (Republic of Artsakh). Current it’s name he got in 1923 after Stepan Shaumyan, who was  one of the famous revolutionist. There were placed Armenian village named Vararakn on 5th century on todays Stepanakert place. Vararakn is river, which were flowing through Stepanakert. Stepanakert is located on the eastern mountains flank, on the left bank of the river Karkar, approximate 850 meters altitude. Climate is soft, winter is warm and not very hot in summer.

After breakfast we will start our journey through Nagorno Karabakh (Artsakh) and visiting Gandzasar monastery XIII century. Curent monastery of Armenian Apostolic Church is located on the left bank of the river “Khachen”, which is near Vank vilage in Nagorno-Karabakh. Local people named this place Gandzasar, because there were silver mines. (Armenian Gandz means treasure, sar means mountain).

Then we will go to the Dadivank or Khutavank monastery (IX-XIII century), which is located half of kilometer to the north from the Tartar River. The first name connected with name of saint Dali, which was preached Christianity in western Armenia and was a discipline of the apostle Thaddeus - one of the seventy Christ’s disciples.  Monastery was built over his grave, according to tradition. The second name comes from armenian Khut (khut mean hill) and vank (monastery): “monastery on hill”. Dadivank was built in incredible beautiful place and placed in surrounding landscape.

Next we continue our journey visiting old city named Tigranakert, which is located in province of Nagorno-Karabagh. Tigranakert one of four old armenian towns, which were founded by Tigran II on I century BC and took his name. The ruins of Tigranakert were discovered in 2005 in lowlands of Karabakh to the north-west of Askeran. This amazing ancient city preserved stone sculptures, churches and other buildings which were carved in the rock. During the meeting of the government of Artsakh it was decided to declare Tigranakert as national park.

Finishing breakfast we will go to the ancient fortress town named Shushi, which were cultural center of one of the 15 provinces of historical Armenia during the last thousands of years. In the 19th century medieval Shushi was the largest cultural and educational center of the South Caucasus. The city had school, printing house, theatre, issued about 20 periodicals etc. Shushi is motherland of many unical attractions,  like canyon Unot, Ghazanchetsots Cathedral (19 century), Kanach Zham church (Green church),  and ‘’Tank’’ memorial.

Then we will leave Artsakh and continue our journey to the village in the eastern part of the Syunik region of Armenia - Khndzoresk. The main attraction of the city is the "cave city".  Here people lived in the caves until 1958. In 2012 there was built "Hanging Bridge" over the gorge that connects the two banks of the old village Khndzoresk. The height of the bridge is 63 meters and its length is 160 metres.

Afterwards we visit the prehistoric complex Karahunj (Zorats Karer), located at an altitude of 1770m, which is also called "Armenian Stonehenge". The complex consists of lots of large standing stones, some of which have circular openings in thier upper part. Karahunj is considered to be one of the oldest observatories in the world.

After breakfast, we continue the tour to the pearl of Armenia - blue Sevan. Lake Sevan is a freshwater lake in the Armenian highlands. It is the largest lake in the Caucasus. It is guaranteed to be the largest source of fresh water in the region. We will also visit the Sevanavanq - a monastery in the north-west coast of Lake Sevan. The monastery is located on a peninsula, which was once a small island.

We continue our tour to Tavush region of Armenia – to a small town of Dilijan, located on the picturesque banks of the river Aghstev.

The next stop will be Haghartsin Monastery, which was built in the X-XIII centuries, mostly under the auspices of the Bagratuni Dynasty. We will also visit Goshavank - monastery complex, built in XII-XIII centuries in the village of Gosh in Armenia. Goshavank is  the cultural, educational and religious center of medieval Armenia. The sources referred to it as a seminary, university, and so on.

After breakfast we visit the Institute of Ancient Manuscripts named after St. Mesrop Mashtots. The most ancient manuscripts are dated back to the 5th century BC and are associated with Mesrop Mashtots, who invented the Armenian alphabet.

Next we visit the St. Echmiadzin - the center of the Armenian Gregorian Church, where the residence of the Catholicos is located. We will visit Echmiadzin Cathedral (301-483 AD), which is included in the UNESCO World Heritage list, the museum and the treasury of Echmiadzin, which houses the Spear of Longinus (Spear of Destiny, Spear of Christ), a part of Noah's Ark, the patella John Baptist,etc. We visit to the church of Saint Hripsime and Saint Gayane.

Transfer to the airport.

Prices on tour to Armenia and Nagorno-Karabakh (price per person)